THE BERRIGANS: DEVOUT AND DANGEROUS is the story of an American family who made the FBI’s Most Wanted List in 1970 for their opposition to the Vietnam War — and continued resisting for the next 50+ years.

The Berrigans had no choice but to leave behind their lives of sacred comfort to act against war and racism. They sacrificed everything — defying the church they held so dear, spending years of their lives in prison and parenting from behind bars — to demonstrate the true fundamentals of Christianity: peace, equality, and the guts to tell the truth.

The Berrigans took on the Catholic Church and the United States government at the peril of their freedom, families, and reputation — all for the sake of peace and faith. Despite Cardinal Spellman, J. Edgar Hoover, Richard Nixon, and others in power battling to ban the Berrigans and their followers, the brothers became examples for heroes like Daniel Ellsberg, who resisted the dangerous spread of nuclear weapons and international militarism.

Told through the perspective of the youngest Berrigans, DEVOUT AND DANGEROUS digs deep into the exploits that made the Berrigans pop icons, the subjects of rock songs, magazine coverboys, frequent talk-show guests and sought-after speakers in pulpits world-wide. Using live footage of demonstrations and non-violent actions, archival footage, and interviews with an impressive host of notable figures the Berrigans inspired, DEVOUT AND DANGEROUS makes the point that non-violent direct action is as relevant today as it was in the past.

Dan’s poetry, read by actor Liam Neeson, and Phil’s intimate letters, read by actor Bill Pullman, are woven throughout the film. DEVOUT AND DANGEROUS brings the Berrigans alive, inspiring us at this dangerous crossroads in our nation’s history that fighting for what’s right is not a choice — but a necessity. 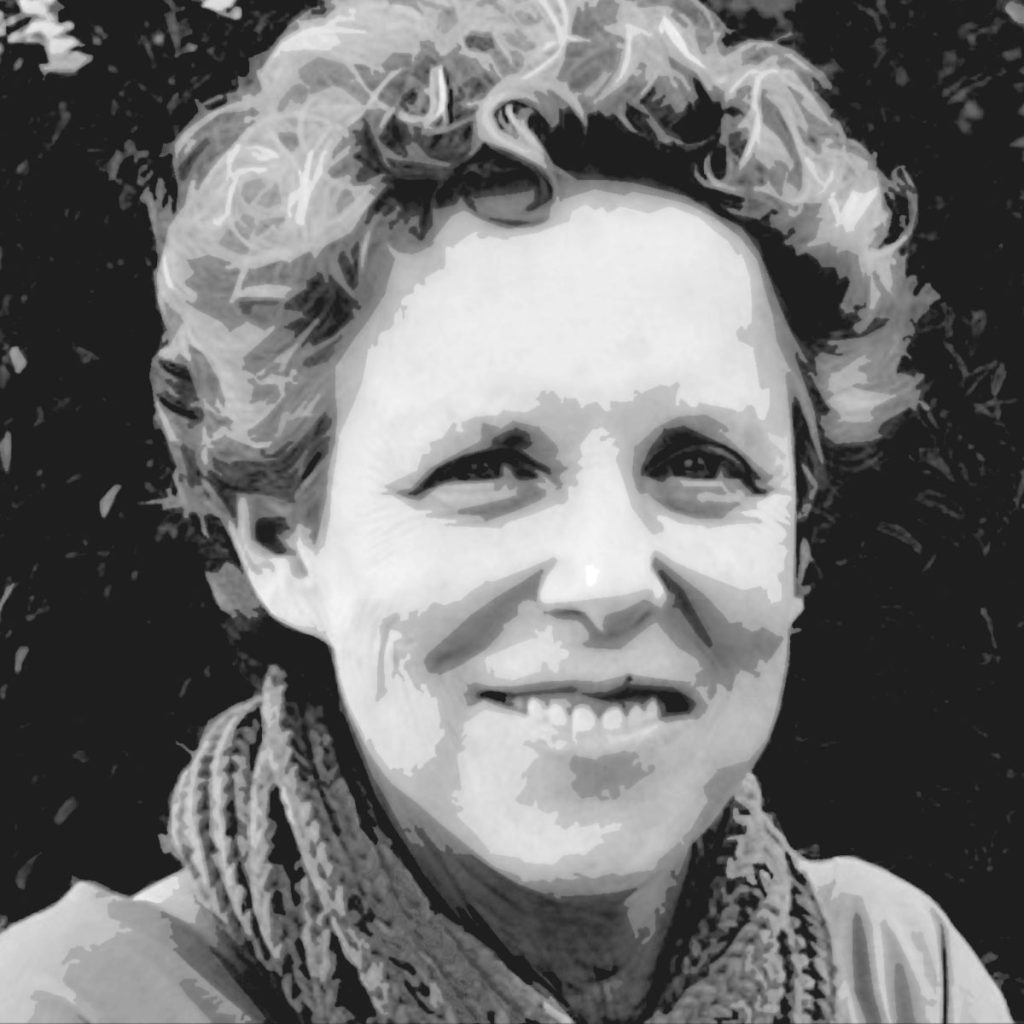 Dr. Susan Hagedorn is a filmmaker whose life and career have been dedicated to social justice as an activist, nurse educator, nurse practitioner, and philanthropist. DEVOUT AND DANGEROUS marks Sue’s second documentary outing featuring Fr. Daniel Berrigan; her first film, “Seeking Shelter,” was a lyrical short about Block Island’s love affair with Daniel and philosopher William Stringfellow as the island preserves its land and legacy of providing shelter to poets, writers, and resisters.

Sue also directed and produced the documentary “Deputized,” which explores the fatal stabbing of Marcelo Lucero, an Ecuadorian immigrant who lived on Long Island and who was killed in 2008 in a hate crime.  For her work on “Deputized,” Sue received the Humanitarian Award at the Long Island International Film Expo, and the Imagen Award from the Imagen Foundation.  “Deputized” was broadcast on the World Channel/PBS.

Throughout her healthcare career, Sue has been a vocal champion of the role that nurses play in the health of communities, families, and individuals.  She serves on the Board of Directors of the Nurse-Family Partnership (NFP), an organization serving first-time moms living in poverty and their children, and received that organization’s highest award, the Robert F. Hill Award for Exceptional Impact. She combined her passions for filmmaking and for nursing on a collaboration with NFP and StoryCenter to create “Nurstory,” a digital project that brings nurses together in a workshop setting to make short docs from stories they find in themselves and in each other. To date, Sue has made more than 20 films about nursing.

Sue earned a B.S. in Nursing from the University of Massachusetts Amherst College of Nursing, an M.S. in Maternal-Child Nursing, and a Ph.D. in Nursing at the University of Colorado, where she is an Associate Professor Emeritus. She has been widely recognized for her contributions to healthcare and nursing, being a recipient of Colorado’s Nightingale Award and the Kathleen Ann Mullen Memorial Award for Outstanding Contributions to the Field of Adolescent Health in the Rocky Mountain Region.  She is a Fellow of the American Academies of Nursing and Nurse Practitioners.

After retiring from faculty as associate professor in 2006, Sue pursued her interest in film and media studies, earning a graduate certificate in documentary studies in 2008 and a master’s in media studies in 2010 from The New School in New York City. This second career has allowed Sue to take advocacy to a whole new level. As she puts it, there’s a critical need for “media-savvy nurses and nurse-savvy media.” 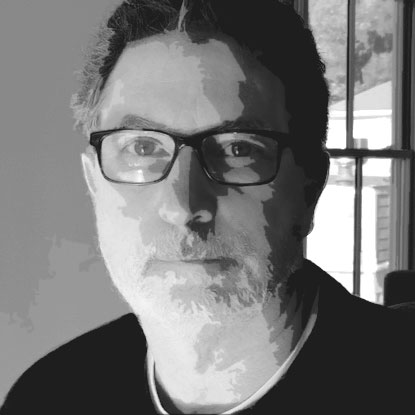 Willie was nominated for and an Academy Award with his friend Henry Krieger for the song “Patience” from the movie version of “Dreamgirls.”   They also collaborated on the song “No Dames” for the Coen brothers, “Hail Caesar.”

Willie co-wrote “A Year With Frog and Toad” with his brother Robert Reale. and was nominated for two Tony Awards for book and lyrics.  He won three Emmys for his re-invention of “The Electric Company,” a literacy show, for PBS, which is currently airing on HBO.

In 1981, Reale founded The 52nd Street Project, an organization that brings inner-city children together with professional theater artists. He served as the theater’s artistic director for 18 years. The Project’s programs are replicated at a dozen sites. He was awarded a MacArthur Fellowship in recognition of his ingenuity in creating theater and theater-education programs for young people.

Willie is a prolific writer/producer of television series, most recently “Billions,” on Showtime, and “The Sinner,” on USA Network.

Jim Reale credits a meeting with Fr. Daniel Berrigan in 1984 with being the great turning point in his life:  Through his friendship with Dan, Jim moved to Baltimore to join Liz McAlister and Philip Berrigan for four years of community life based on first-century Christianity, voluntary poverty, service to the underprivileged, resisting the powers of state and war, and preparation for nuclear war.

As referenced in DEVOUT AND DANGEROUS, in 1989 Jim’s participation in a Plowshares action on a Trident submarine led to his spending 60 days in federal prison. Weeks before the first Gulf war Jim and ten other activists leaped over the fence of the White House and poured blood in the fountain to symbolize the river of blood that would flow after the bombing of Iraq. Testing the waters of faith yet again, Jim climbed the White House fence a second time to mark the slaughter of innocents during King Herod’s time, resulting in another 60-dayprison term—t­­his time with Phil Berrigan as his cellmate.

Continuing to witness against war in 1993, Jim joined twenty activists from seven countries on a peacekeeping/humanitarian mission to Bosnia where the war was in full force. As preparation, he took a solemn vow of nonviolence during mass in the Catholic community, St Andrew on Block Island.

For the last eight years, Jim has served his Albuquerque community as a hospice nurse, for which he received New Mexico’s prestigious “Touch a Life” award.  Jim has led retreats nationally for the past two decades on The Five Dimensional Approach to Prayer. He is married to Barbara Stavola. 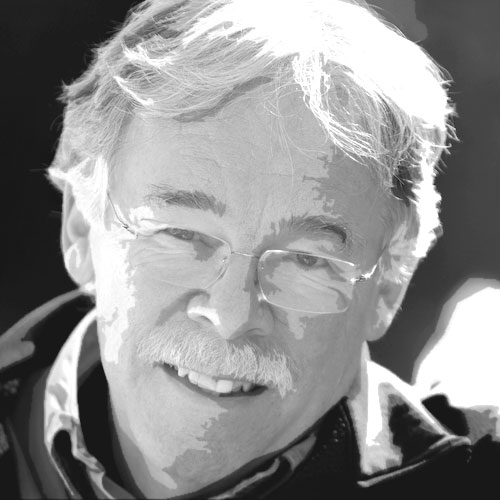 Richard Dresser is an award-winning playwright, screenwriter and television writer. His seventeen published plays, including “Below the Belt” and “Rounding Third,” have been produced in New York, leading regional theaters, and throughout Europe. His first novel, “It Happened Here,” was published last fall. He is President and a founding member of The Writers Guild Initiative, which does writing workshops all over the country with the mission of giving a voice to populations not being heard. He teaches screenwriting at the Columbia University graduate film school and lives in Hastings-on-Hudson, New York.

Hope Reeves is a freelance newspaper and magazine writer based in New York City. Her work has appeared in The New York Times, The New York Times Magazine, New York Magazine, The New York Daily News, Dwell, Real Simple and Time, among many other publications. She coproduced Deputized, an award-winning documentary chronicling the killing of an Ecuadorian immigrant by a group of Long Island teens. Hope sits on the boards of a number of non-profit organizations including Transportation Alternatives, The Seedworks Fund, The Little Red Elisabeth Irwin School and The Brooklyn Heights Montessori School. She lives in Brooklyn with her husband and three sons. Hope’s parents were Weathermen (not the meteorologist kind), who (though not exactly devout Christians) dedicated their early adult lives to the anti-war and civil rights movements, resulting in plenty of their own brushes with the law.

Samara Levenstein is a prolific producer and post-production supervisor for both fiction and non-fiction films and television.  Samara has worked with a string of notable directors including Alex Gibney, Michel Gondry, Eugene Jarecki, and Steven Soderbergh. In addition to DEVOUT AND DANGEROUS, her producing credits include the HBO series “High Maintenance” and “I Learn America,” which had its broadcast premiere on Al Jazeera America, among others.  Her credits as post-production supervisor include “The Knick,” on HBO, the Emmy-Award-winning “The Tillman Story,” on A&E, and “Why We Fight,” winner of multiple awards, including the Grand Jury Prize at Sundance.

Jaclyn K. Lee is a documentary editor based in New York City.  Lee began her filmmaking career with Muffie Meyer at Middlemarch Films.  She was an assistant editor to other Maysles alumnae, including Susan Froemke, Deborah Dickson, and Bob Eisenhardt, as well as Academy Award-winner Allan Miller, working on productions for “American Experience,” “Frontline,” Showtime, The Discovery Channel, The Met Opera, Sundance. and New York Film Festival.  Most recently, Lee is serving as co-editor on a feature documentary for Showtime, which will premiere this September. 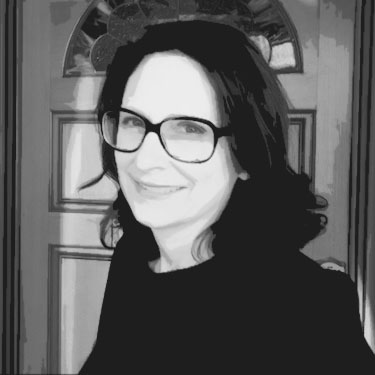 Kristen Nutile is an award-winning documentary filmmaker and editor based in New York City. Her work has shown around the world including the Sundance Film Festival and the Tribeca Film Festival.  Kristen edited the Netflix Original film  “HEROIN(E)” which was nominated for an Academy Award and a Peabody Award, and went on to win an Emmy. Kristen was a MacDowell Fellow in 2019 and participated in the Sundance Edit and Story Lab in 2017.

Shortly after graduating music school and several years touring in jazz and rock bands, Rob moved to New York in the mid-80’s where he responded to a demand for authentic, high-end music for film and television.   His compositions run the gamut from documentaries (“Wigstock”) to shorts (“Cat Killer”), to news (“Dateline”) to Broadway (“A Year with Frog and Toad,” which was nominated for a Tony Award for Best Original Score).  Rob is also the owner and lead composer at 4 Elements Music, a production music library based in NYC.